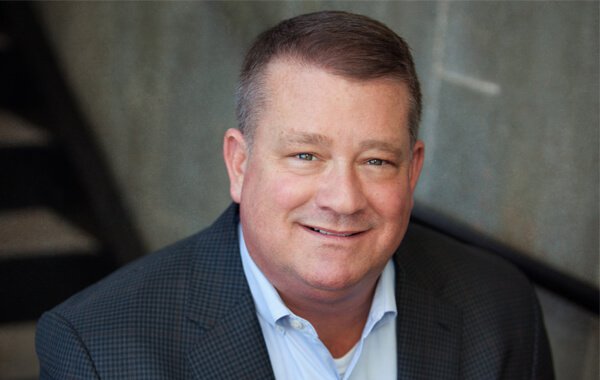 Andy DeMarea joined the firm in March 2013. He is a trial lawyer focusing on claims involving personal injury, business losses, and construction problems.

Andy was born and raised in Kansas City, Missouri, graduating from Center Sr. High School in 1986. He went to college for one year at the University of Texas before transferring to Kansas University, where he received a B.S. degree in Aerospace Engineering in 1990. He stayed at KU for law school and graduated in 1993.

Andy has been a practicing Kansas City trial lawyer since law school. He spent two years doing predominantly personal injury and construction claim defense work – he found that product liability claims and construction issues proved to be a natural fit with his engineering background. Then in 1995 he joined the firm of Shughart Thomson & Kilroy (which later merged with Polsinelli) as a trial attorney, working on a wide variety of cases for both plaintiffs and defendants involving trucking accidents, product liability issues, business litigation (both tort and breach of contract claims), construction claims (involving payment claims/mechanics lien issues, defect claims, delay claims, and design claims), and even intellectual property claims (involving trademark, copyright, and patent disputes).

Andy’s trial experience involves having first-chaired a significant number of cases in the legal areas outlined above, and he was recently selected for membership to the Million Dollar Advocates Forum. He has tried cases in the federal and state courts of Missouri and Kansas, and in surrounding states; he has also tried a large number of cases to the court, and a number of cases in private arbitrations. He has briefed and argued many appellate cases in both the state and federal court systems. Once a lawsuit is filed, Andy prepares the case as though it will reach trial, even though the majority of cases ultimately settle; being prepared and ready for trial presents the strongest position from which to negotiate and make decisions as settlement opportunities present themselves.

Andy also works for a number of charities. For ten years, he was a Board Member and served as President of Angel Flight Central, a Kansas City-based charity covering 10 states that arranges free flights for people in need to reach medical care and other flights of compassion. The Johnson County Bar Foundation, mentioned above, assists children and families in Johnson County. He also serves as a guardian ad litem for children through the Jackson County Circuit Court. In 1983 Andy earned his Eagle Scout award, like his father before him and, recently, his son.

Outside the office, Andy enjoys taking in live music, especially guitar bands, and spending time with his friends and family.